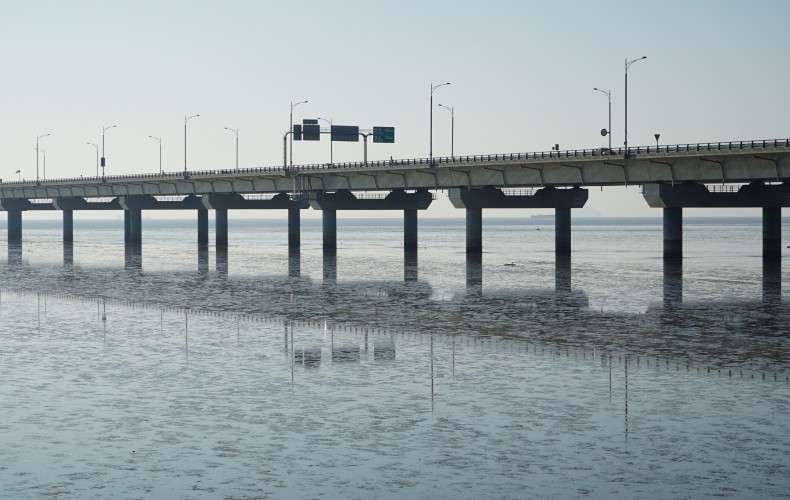 Our taxi-driver, Mr Chang, pointed out the car window: “That city will be finished in about five years time”

Amid vast stretches of reclaimed land rows of cranes punctuate a sea of giant new apartment buildings. This is Songdo – a new ‘smart’ city being built from the ground up in South Korea. Now that more than half the world’s population now live in urban areas, our cities are responsible for generating 80% of CO2 emissions worldwide.

When we met Dr. Mirko Presser at the Alexandra Institute in Aarhus – an expert on the internet of things – he coyly flashed his smart watch and explained that he ‘liked’ technology but didn’t love it. For Mirko, learning to harness data is a key to living sustainably in cities in the coming century. In the complex web of infrastucture that supports our daily lives in modern day cities, the promise of smart systems which gather real world data, and that connect users and services in new ways is to allow us to use limited resources more efficiently.

But, what are the challenges that await if we ‘turn the world into data’?

Mirko is one of the authors of one of the most widely read publications on smart cities and the internet of things – a comic. Mirko’s eyes twinkled when he talked about his dreams as a child of travelling to other planets, however, he remained cautious about the promise of smart technologies.

Whereas the the architects behind Songdo are working from a blank slate, smart systems in most cities will need to work with the idiosyncrasies of existing cites and their communities. Uber is just one example among many of how connected services are disrupting existing economies, raising questions of who actually benefits from smart cities, while the system outage at Amazon’s datacenter last week – which caused users with smart home lighting systems to be left in the dark – flags some of the potential risks for our growing dependency on smart systems.