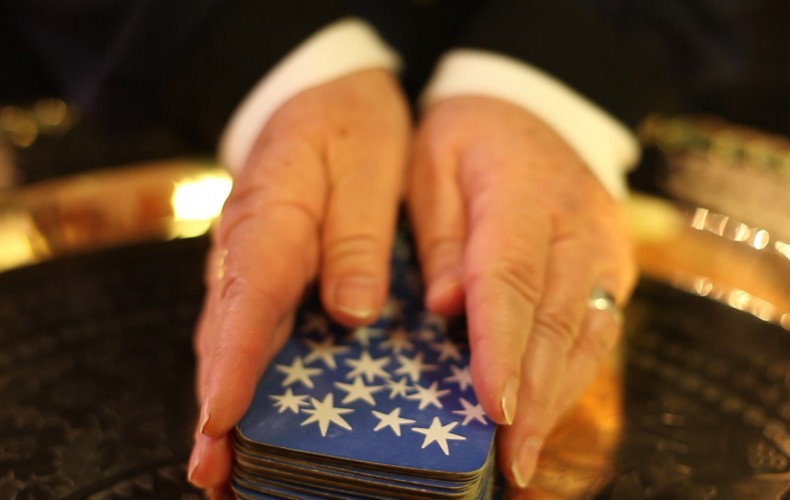 Where to start with predicting 80 years in to the future? Who to ask?

We took a leap and decided to start back in 14th century Italy.

According to Kathleen Robinson of East Yorkshire Tarot, this is where the cards used in present day tarot readings were first established. Originally used for games and entertainment, tarot cards became popular as a form of divination in the 18th century. Last October, on a trip to Hull to visit the famed Hull Fair, we arranged to speak to Kathleen who kindly agreed to give us a free reading to learn about 2097.

So what does the future hold?

We’ll be releasing interviews with people from Aarhus and Hull – from school children to experts on sea-level rise, smart cities and community activism. Each talks about their view of the particular challenges for cities in the future and their hopes for the world at large.

But to start, here’s Kathleen.

We asked what our lives would be like in both Aarhus and in Hull in 2097. And what three challenges the human race will ultimately have to face over the coming 80 years. It was a nerve wracking experience but the implacable Kathleen showed calmness throughout.

Here’s what Kathleen had to say…