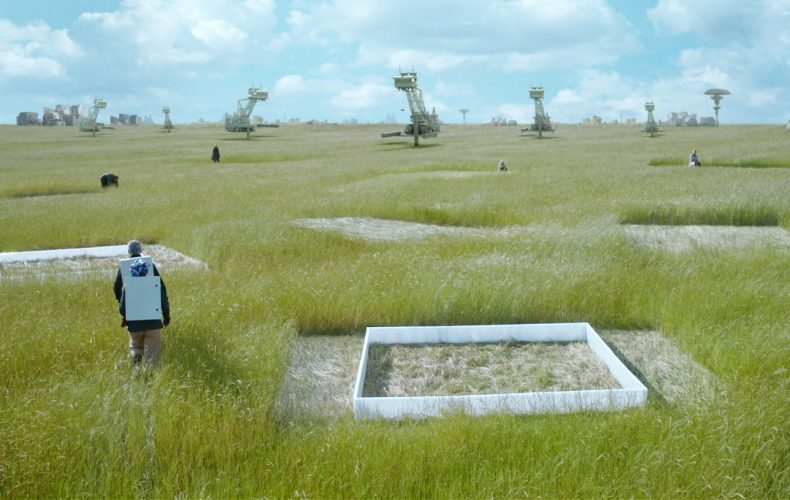 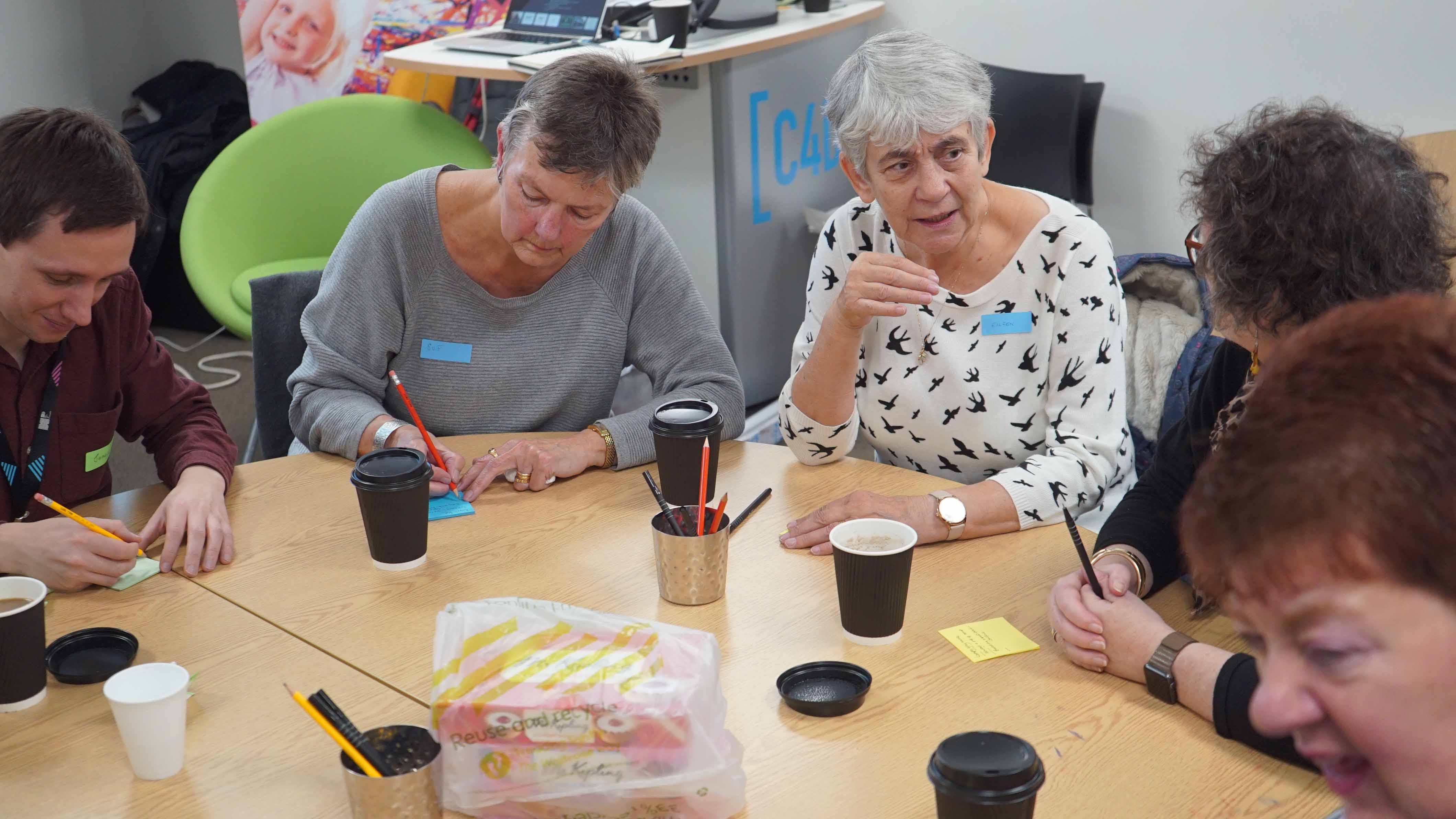 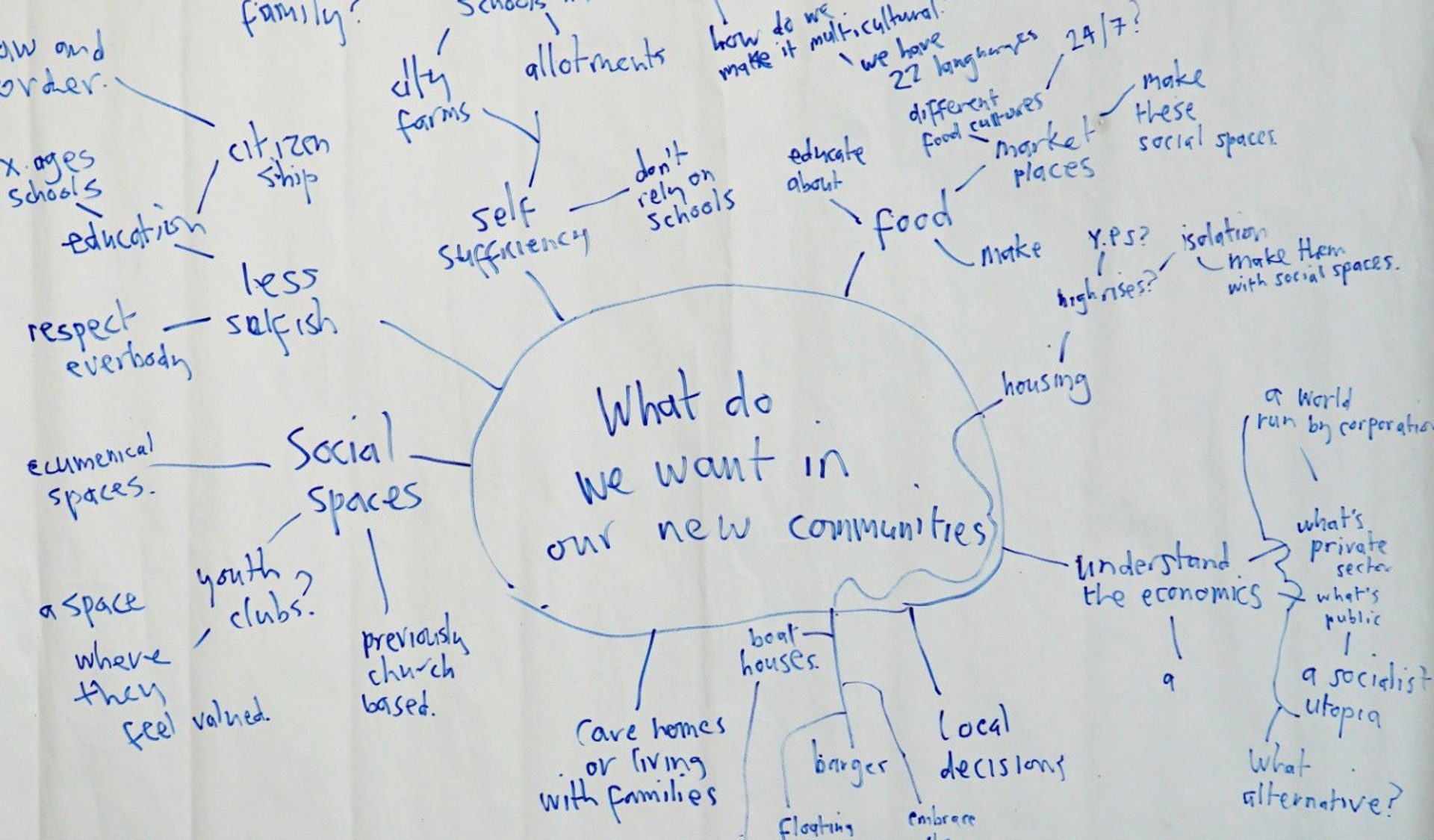 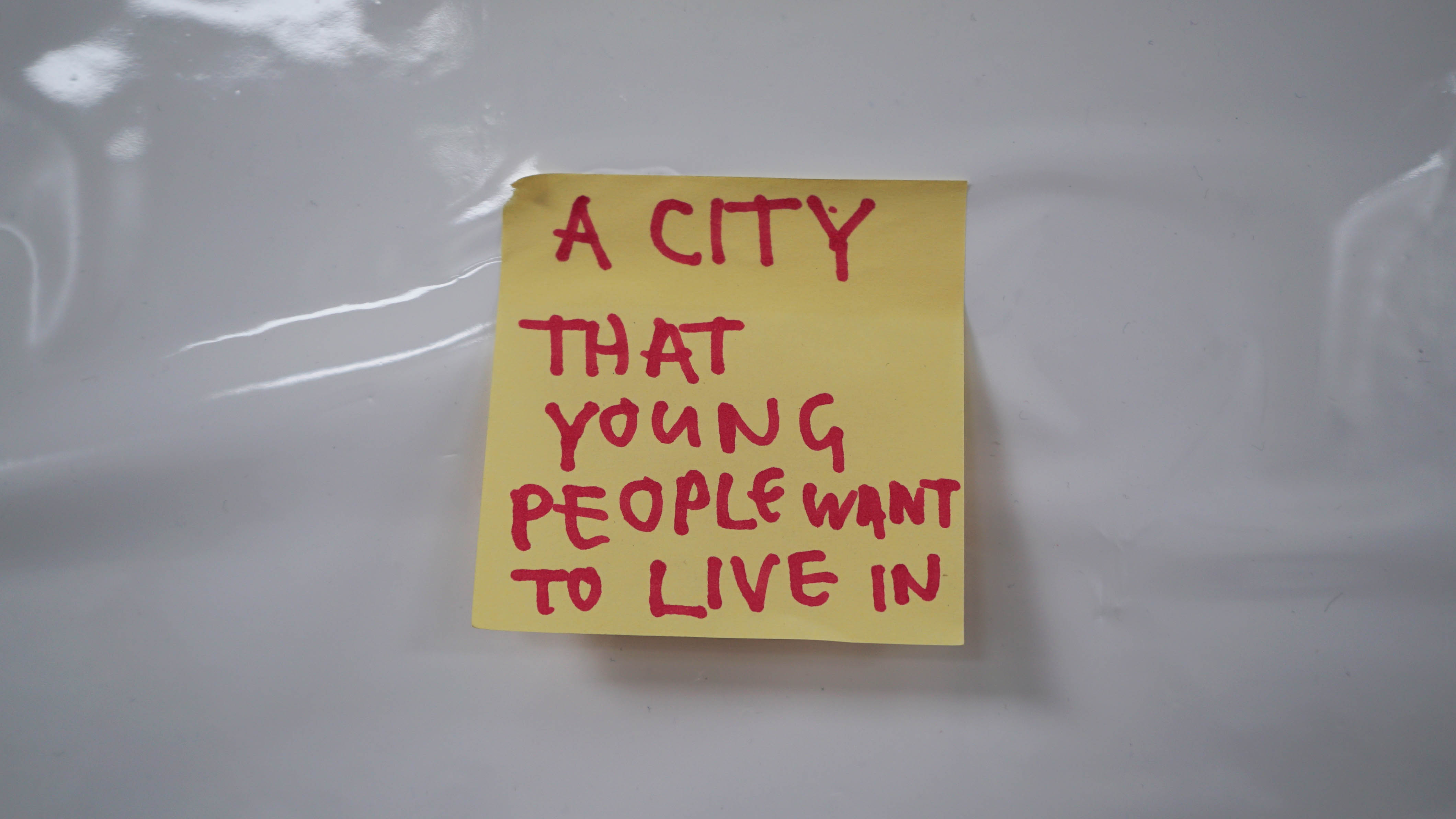 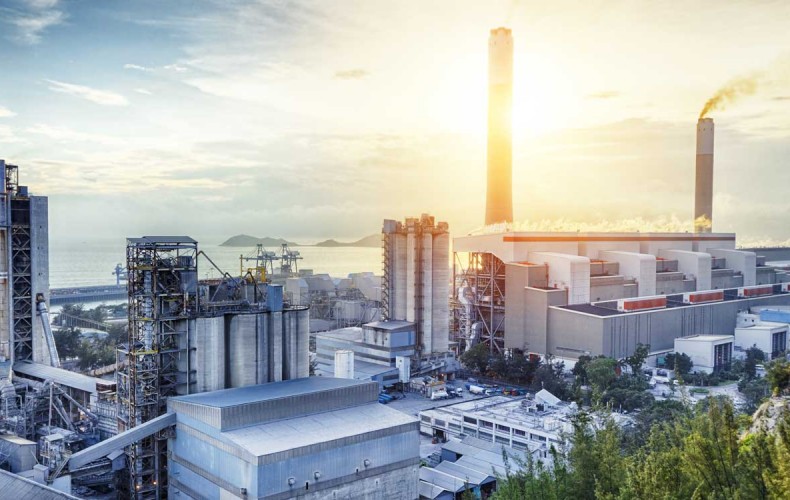 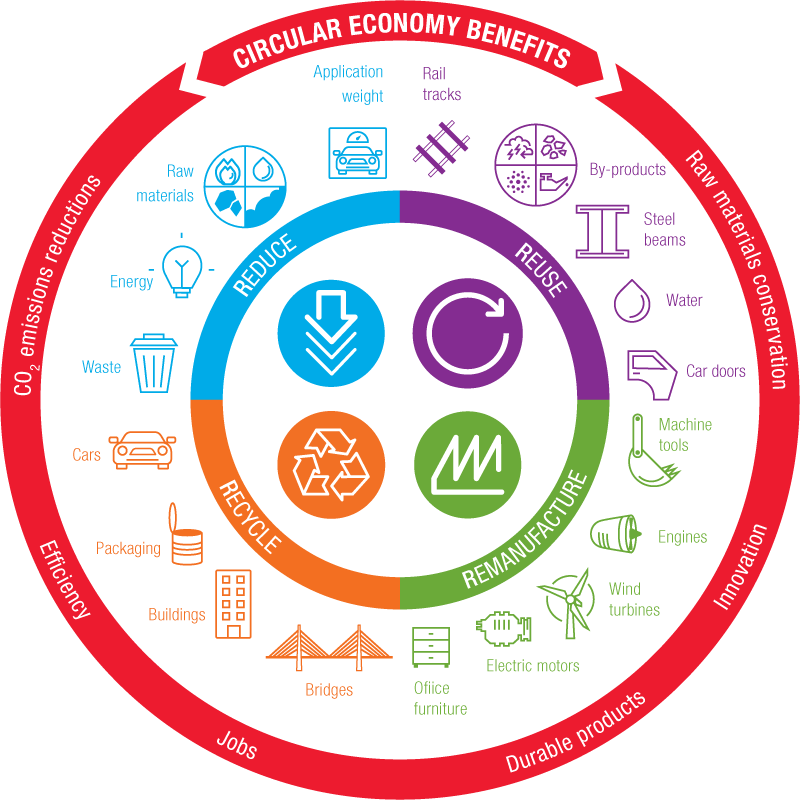 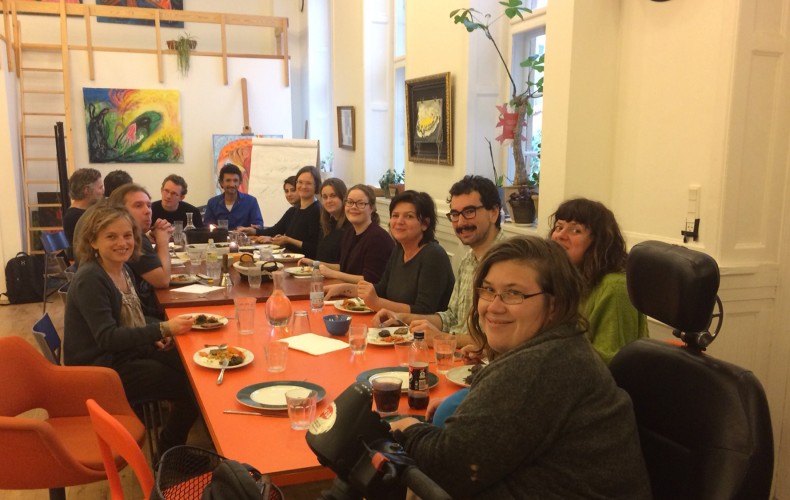 How do communities change the future?

At the back of a courtyard, along a narrow street busy with cyclists in Aarhus is a room with high ceilings and a long wooden dinner table.

When I first arrived the room was busy with people. A group of about twenty getting ready to sit down for lunch together. This is Sager Der Samler, self-described as a ‘house for everyday activism’. I had come to interview one of the founders – Kristin Birkeland, about the some of the projects she’s been involved in, and how she sees the importance of belonging and community in shaping the future.

In workshops, people from Aarhus and Hull counted rebuilding community and a sense of inclusiveness as central to their hopes for the city. Both cities have struggled with rehousing communities in the last 60 years. In Hull, I met Stacey Windley on our workshop about the city in 2097. In her video she explains why politics should be taught in schools to increase access for working class people.

According to Kristin in Aarhus, community begins with individuals who find ways to take positive action to change not just their own situation, but also that of those around them. Projects such as Anaobaba TV – in which refugee parents created an online TV channel to teach their children about life in Denmark, highlight the potential for digital tools and storytelling in these actions.